I’ve just returned from a wonderful week in France and Luxembourg with the brilliant STEDWIN, who we (WorldService Project) were touring with for four shows. The highlight was the AJMI club in Avignon, a stunning venue in a stunning city. It’s an exciting time for WSP as we build towards the recording of a third album in the summer – lots of new material to get stuck in to! We’ll be taking some of it to Edinburgh and Glasgow next month, appearing at the HIDDEN DOOR festival. 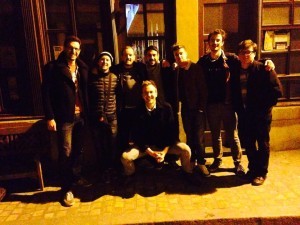 It’s been an exciting time for me personally as well in terms of creative projects – The Dissolute Society had its debut gig at the Vortex back in February, and you can hear some of the results on the new soundcloud page – check out this ‘teaser’, a sort of summary of everything that you would have heard at the gig. I’m now working on sorting gigs for the band as we work towards the recording of an album next year, so watch this space!

Some great pictures taken by Jake Walker at the gig: 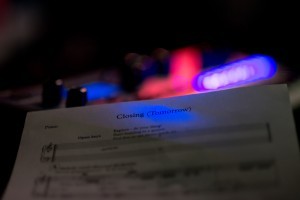 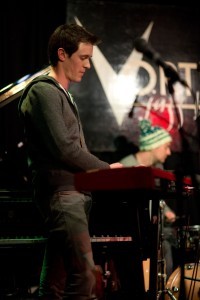 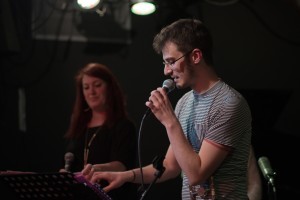 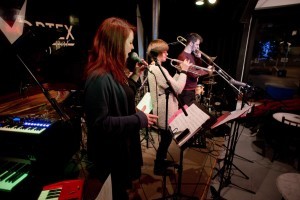 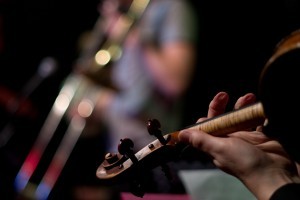 Finally, my time working as a Trainee Music Leader for Spitalfields Music continues to give me the most incredible and humbling of experiences. Back in March I spent two weeks in the completely inspiring surroundings of The Cherry Trees school, in which we worked with students to produce an original takeover festival of music, dance and art. This residency was part of Spitalfields’ Takeover Spring Festival, where three different schools work with artists and animateurs to create original art and music, literally ‘taking over’ their whole school space for a day, with an audience comprising the school community and members of the public. Cherry Trees is an amazing place, a school for boys with emotional, social and behavioural difficulties, and it was a real honour to work there and see how the power of music and the creative arts can transform and inspire young people in such circumstances. Something for our present and future government to take serious note of.

Here’s me wearing a terrifying costume (!) and facepaint, decorating the playground floor and also performing as a street musician at The Cherry Trees festival day. More pictures here. This was an experience that I will never forget… 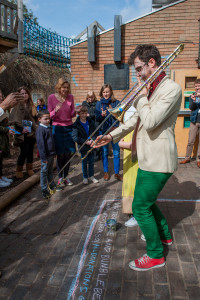 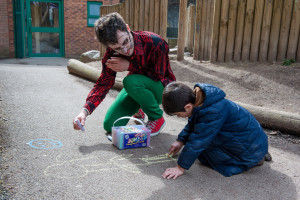