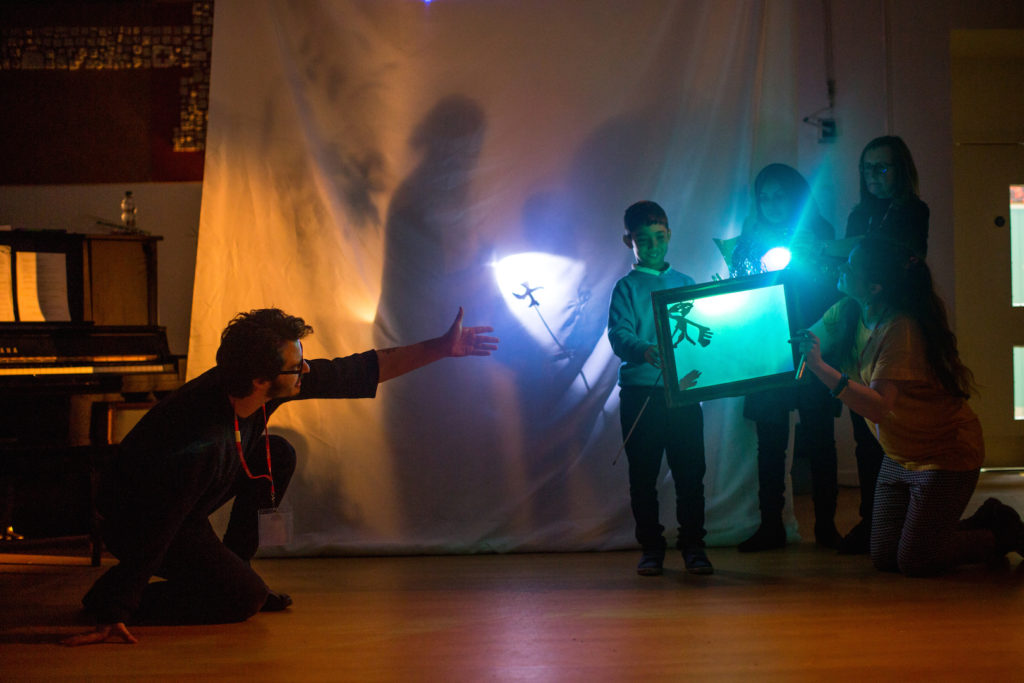 Raph is passionate about inspiring people of all ages and backgrounds through joyful, creative music making. He has a strong foundation of music leading experience through Be Creative Music Workshops, which he co-founded with Phil Merriman in 2009; this group has delivered groove-based song-writing workshops to over 5,000 South London children, and is now a key strategic partner of the Merton Music Foundation. He is an associate artist with the Kazzum arts organisation, for whom he’s delivered projects working with young people with communication and access needs. He is also a trustee for the Common&Kind charity which brings people together from diverse backgrounds to sing as one.

Part of his work as a creative leader involves writing music for young people; he has twice been commissioned by the Derby-based ensemble Sinfonia Viva to write sets of songs for young voices and orchestra, most recently as part of the Mathematical Advantage project alongside the Rolls Royce education team. Working with writer Hazel Gould, Raph set her words to music and created three songs – ‘Prime Numbers’, ‘Symmetry’ and ‘Times Tables Up To Twelve’. Next year the subject will be CODING!

He has also written songs and arranged music for Mid Wales Music Trust, most recently setting the words of Shakespeare to create three new songs for a KS2 Macbeth project, for which he was musical director. He also co-led a project at Brecon Theatre, working with theatre-maker Issy Wilkes and young people to create a theatrical version of Levi Pinfold’s book Black Dog, using shadow puppetry, creative songwriting, and his own narration/musical arrangements. For this he also worked with an improvising ensemble comprising jazz musicians Laura Jurd, Chris Williams, Huw Warren, Huw Williams and Harry Pope:

In early 2018, he worked with the BBC Scottish Symphony Orchestra to help young people from Ruthvenfield Primary School in Perth to create an animation, with the story, narration, animation and music all created by the children. Raph worked with years 5+6 and 3 BBCSSO musicians to create the score. Check out the finished product!

Raph also works as a support/community musician in a variety of learning and participation contexts, ranging from creating opera with teenagers for ENO, to free play and spontaneous interactions with babies and toddlers for Creative Futures, working with leader Rosie Adediran as part of the London Rhymes project.

He has brought together his work as a creative leader, trombonist, improviser and composer through community projects with ensembles that he leads. With Speckles Brass, he has developed work alongside Creative Futures aiming to allow children aged 0-5, in family drop in sessions, nurseries, and reception classes, to take charge of and shape creative interactions (photos from Edward Wilson Primary School): 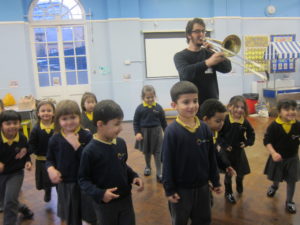 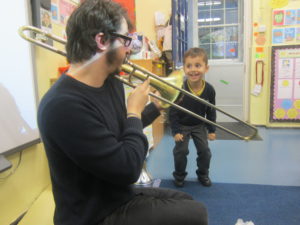 …and with the Dissolute Society, he has run projects in mainstream primary school settings, worked on composition projects for children with confidence and communication needs, and curated creative sessions at the Paediatrics unit at St Mary’s Hospital in London: