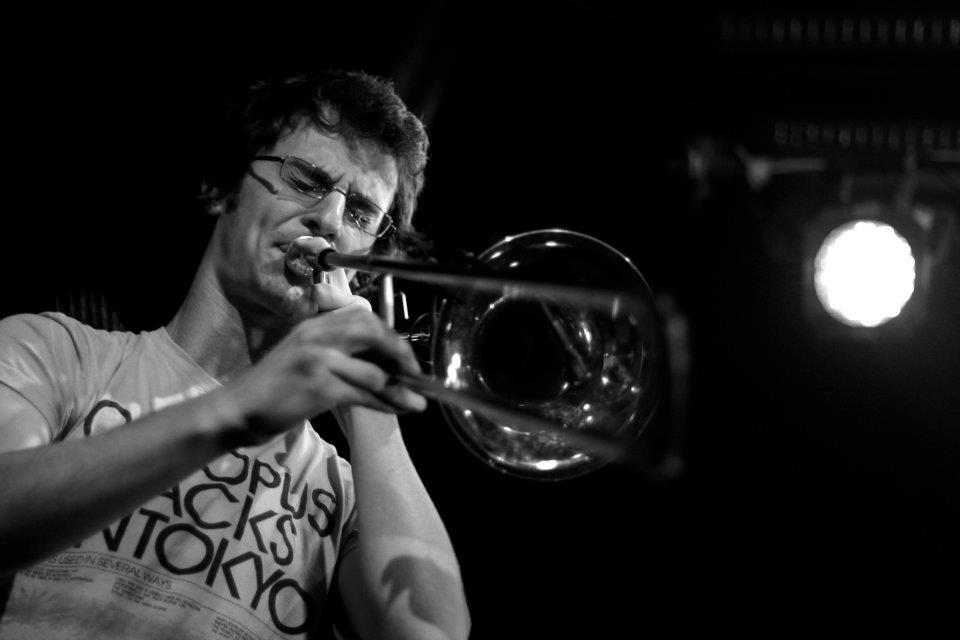 Raph Clarkson is a trombonist, improviser, composer and educator. He has developed an eclectic musical career, which spans contemporary jazz, avant-garde improvised music, theatre and performance art, contemporary classical music, ska/reggae, South African township jazz, and salsa. He has toured Europe, China, India, South Africa and the USA with ensembles including WorldService Project, The Dualers, Shed Seven, The Octandre Ensemble, and his own projects The Dissolute Society, RESOLUTE, Equal Spirits and Speckles Brass.

Raph is a co-founder of the Be Creative Music organisation, and in 2014 held a place on the prestigious Spitalfields Music Leader Traineeship scheme.

As a creative music leader, trombonist, and composer, he has been involved in educational projects curated by English Touring Opera, English National Opera, BBCSSO, the Orchestra of the Age of Enlightenment, the Royal Philharmonic Orchestra and the London Philharmonic Orchestra, and has recently led projects for Creative Futures, Mindful Music, London Music Masters, Kazzum (where he is an associate artist), Spitalfields Music, Sinfonia Viva,  Glyndebourne Opera, Mid Wales Music Trust, and Share Music Southwest.

He has been commissioned to write music for young voices and orchestra, soprano and orchestra and brass quartet and quintet by Sinfonia Viva, as well as the Orchestra of the Age of Enlightenment/Camden New Voices, Mid Wales Music Trust, Kazzum and London Music Masters, for whom he has been commissioned to write and arrange music for and with young people.

In the past year he has has also performed with Portugal. The Man, Perhaps Contraption, Bukky Leo and Black Egypt, The Cape Crusaders, the Andrew Linham Jazz Orchestra, Renegade Brass Band, co-written music and recorded with vocalist Abimaro, performed and recorded with The Overground Collective and Laura Jurd’s new project Stepping Back, Jumping In, as well as contributing to Benin City’s album Last Night.

Current projects include playing trombone and synth and arranging horns for Isaac Birituro & The Rail Abandon, working with producer and singer-songwriter Sonny Johns on a joyous musical adventure mixing Ghanaian xylophone music and Sonny’s own folk influences; touring the new Dualers album Palm Trees and 80 Degrees which officially charted at no.11 on release; arranging for and performing with Brassroots; and work with the Common and Kind charity for which he is a trustee.

2020 will see work on exciting projects for Mid Wales Music Trust, touring with RESOLUTE, a second album for The Dissolute Society, a debut album for Equal Spirits, touring with The Dualers, and much more!